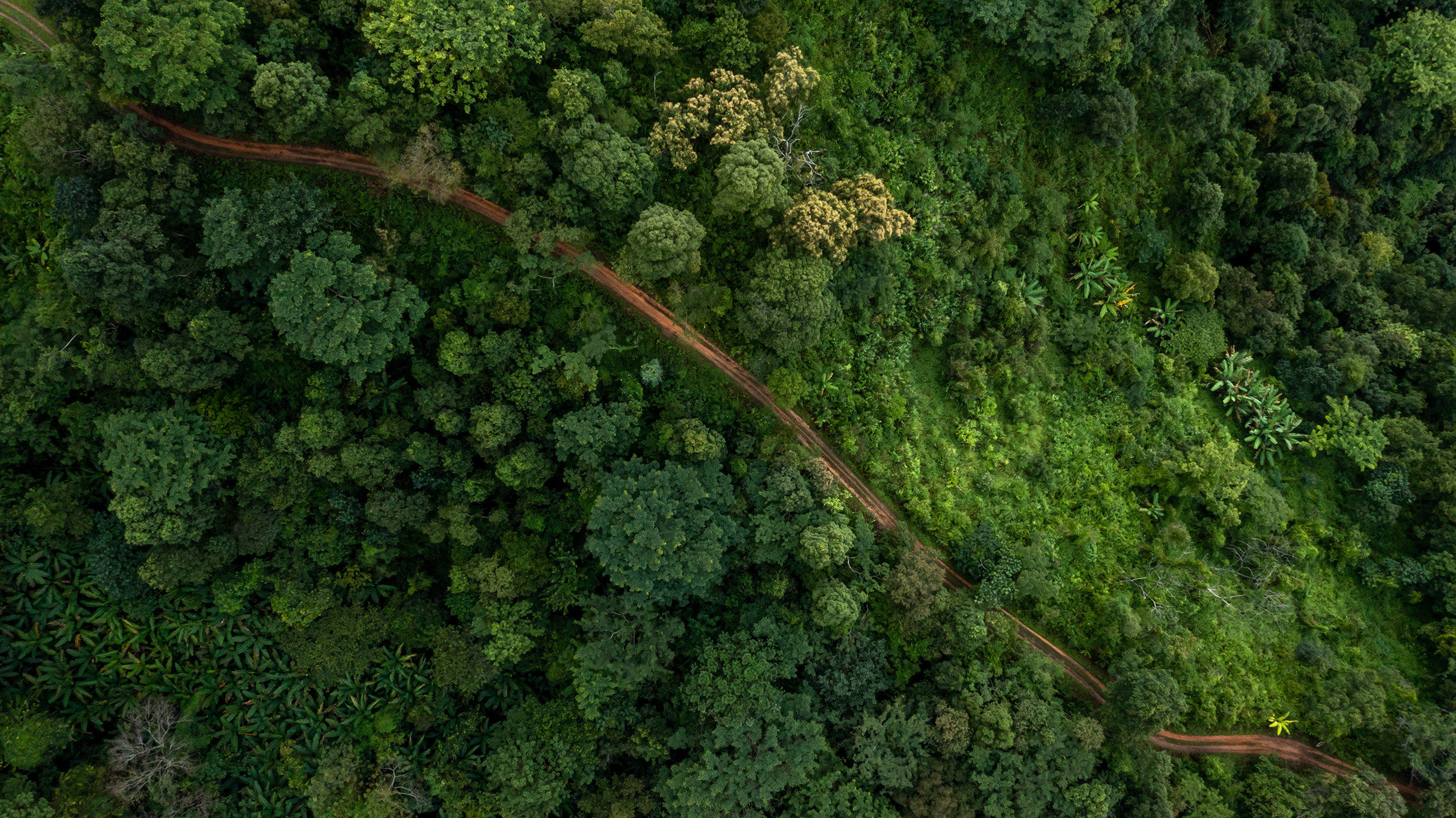 A collection of Invasive™ Leathers that allows fashion to heal the planet. 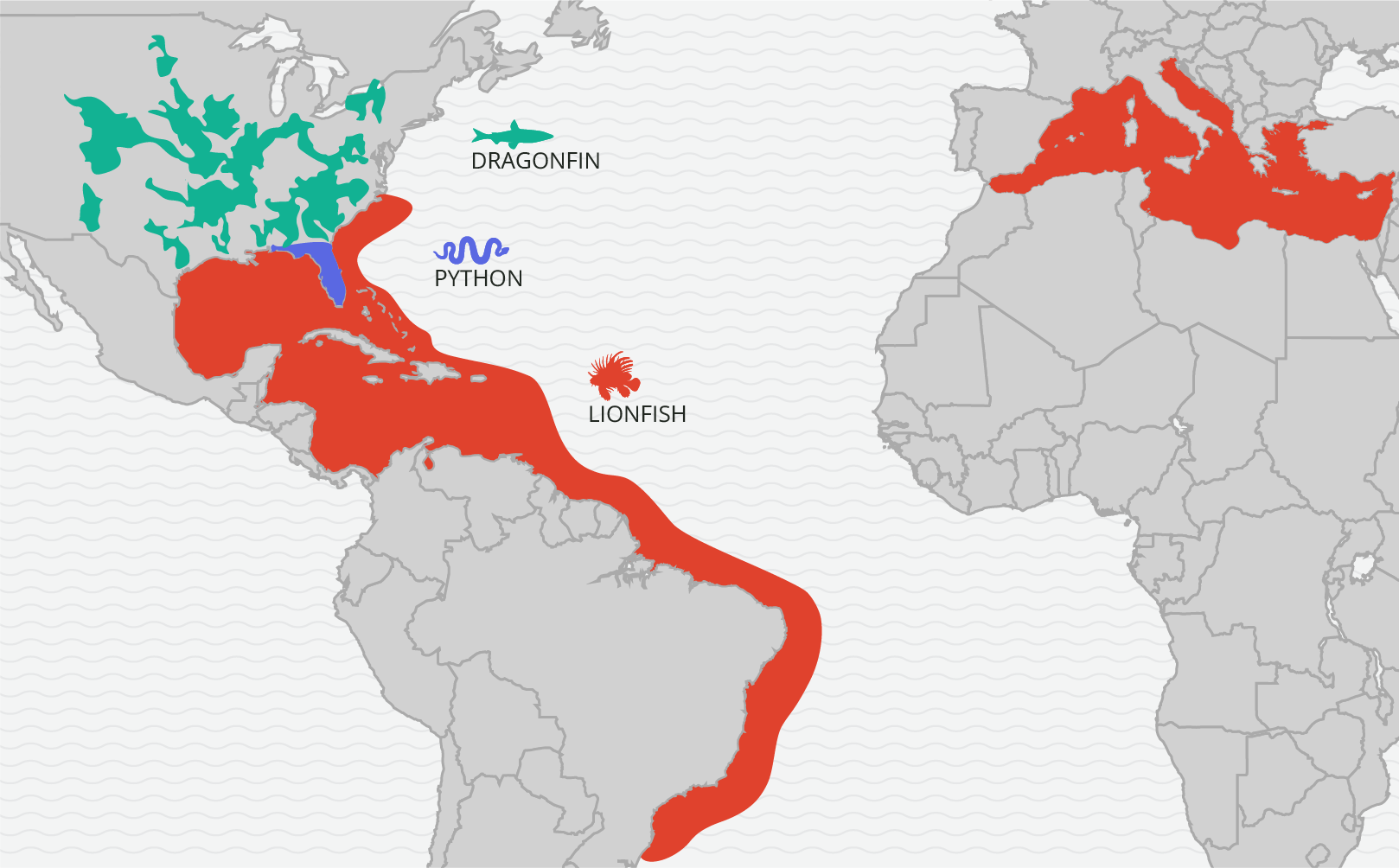 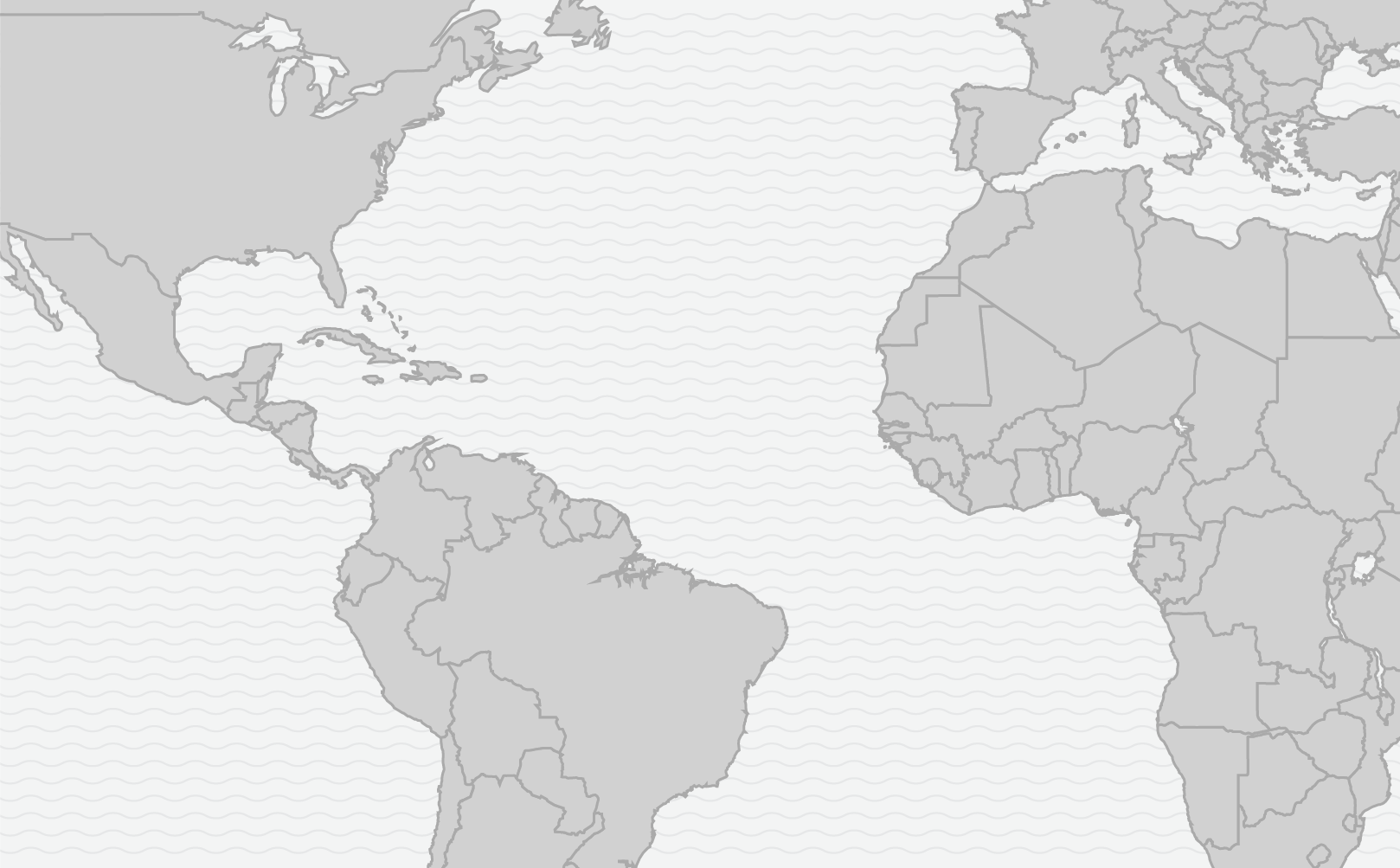 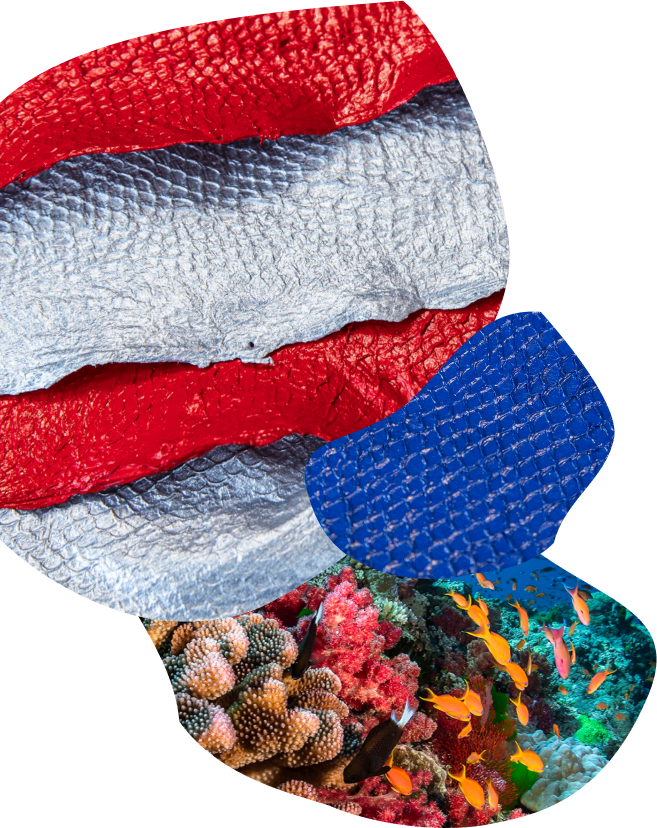 As a result of human error in the late 1980s, a handful of lionfish slipped undetected into Atlantic waters off the coast of Florida. In less than 40 years the invasive lionfish has completely taken over from Brazil to Boston to Barcelona, destroying native fish population and coral reefs.

70,000 native reef fish that Invasive Lionfish eat in their lifetime

The Dragonfin was imported from Southeast Asia in 1970s to manage ponds within the US. However, flooding in the 1990s allowed these fish to escape into the Mississippi River. Since then, this species has been outcompeting nearly all native species and degrading the water quality from the Great Lakes to Gulf of Mexico. 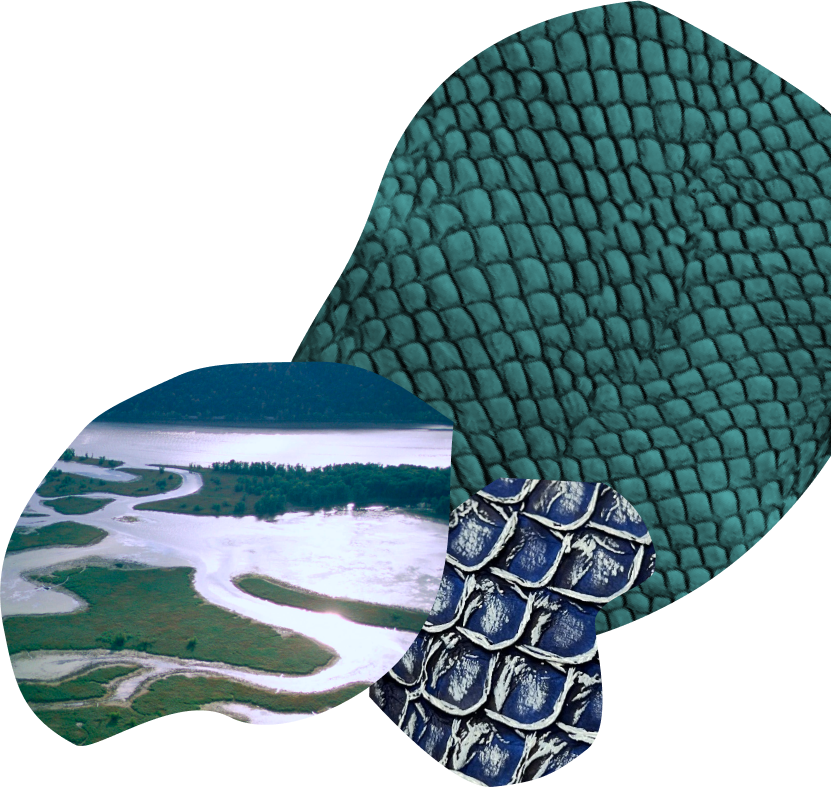 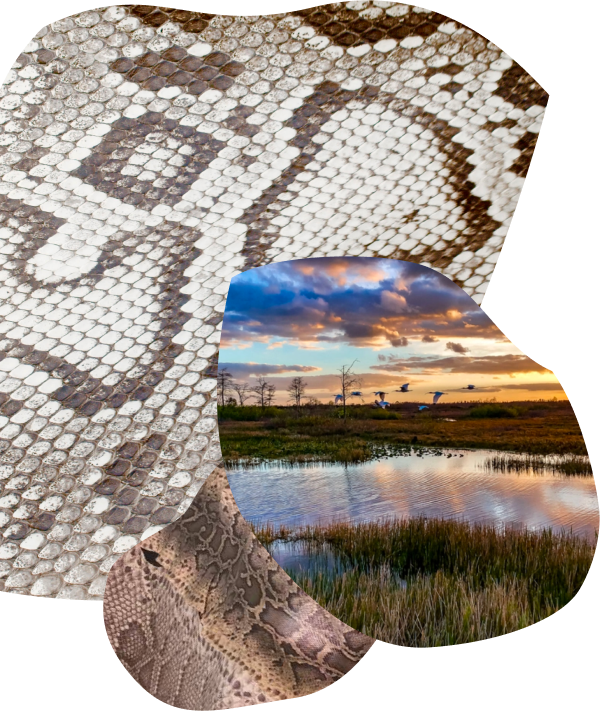 The first invasive python found in the Everglades in 1979 was likely a former pet. Today, tens of thousands of the snakes inhabit the Everglades National Park, feasting on endangered species and causing structural damage. Ultimately, their increasing presence is a rising threat to the wellbeing of the Everglades and the species that depend on it.

90% of native wildlife populations in the Florida Everglades

73+ species of known mammals, birds, and reptiles preyed upon by invasive Burmese pythons

Ready to make a difference with your products?
Contact Us >
Want to learn more?
Book a 15 minute chat >
PR Inquiries?
Email Us >
INVERSA
Let fashion heal the planet
About UsFAQ
Book a ChatContact Us 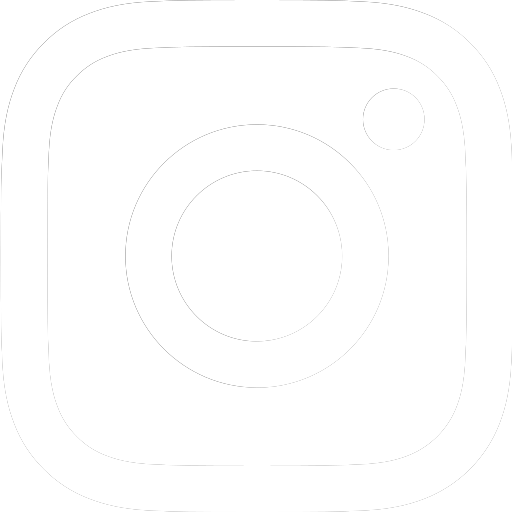